This font used by all English Premier League clubs since 2007/2008 season until now.

FF Premier League, a premier League TTF font made by footballfonts.com. This font available in TTF & OTF format. It’s different from another premier league fonts already published on internet. It has smooth detail with rounded corner and outlined number.We made two type lettercase for this font. If you want basic shape letter just type using uppercase. But if you want an outline type letter-case just type using lowercase. We map the premier league logo – The Lion – too into some character that rarely used.

We have also provide vector number (svg and eps) as an option, which is the complete version of Premier League number with EPL logo at the bottom of each numbers (the ttf font couldn’t afford that details). You can open the vector with CorelDraw (recomended), Adobe Illustrator or other vector-based applications. 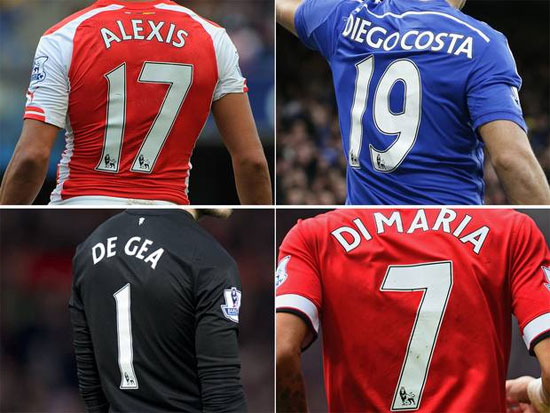 Buy the TTF Font (TTF only)


Buy the both TTF & vector Font